Your family weekend in Houston sounds like a great bonding time! I want to know the remaining of your adventures there. I was telling you about my road trip around Portugal. After spending some quality days in the eastern part of the Algarve, me and JP moved to the western side with a big focus on the beaches and towns along Costa Vicentina.

We started off at the capital of rotisserie chicken: Guia. There are endless places where you can get amazing chicken, but my family has the tradition of going to Ramires. They won’t even bring you a menu, they simply ask how many chickens you’re having ahah. I was quite excited because I hadn’t been in the south for two years, but JP had a foodgasm. Best rotisserie chicken of his life! And mine as well, I just used to take it for granted. 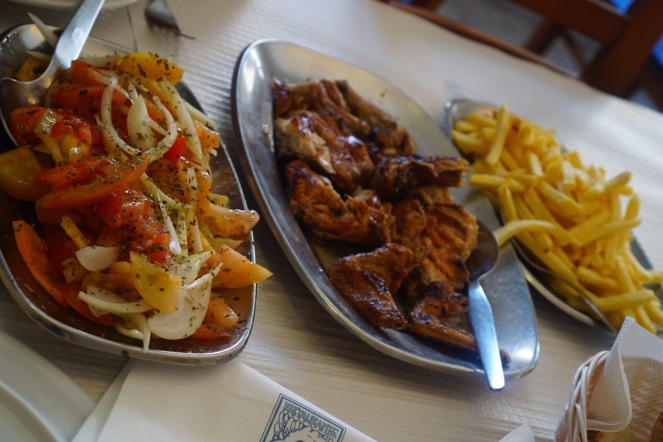 After our early lunch we stopped by Praia do Carvoeiro, in Lagoa, where we sat by the beach and enjoyed a couple of beers while people watching.

After that we checked out Praia do Molhe, in Ferragudo. It’s a hassle to go all the way down and especially to come back up, but it is soooo worth it. Small paradisiac beach with a breakwater, where you can go for a walk until the lighthouse at the edge, and view to the massive Praia da Rocha, in Portimão.

Then it was time to drive to Praia dos Três Irmãos, in Alvor. We took a few pictures and adventured ourselves in the middle of some cool rock formations. 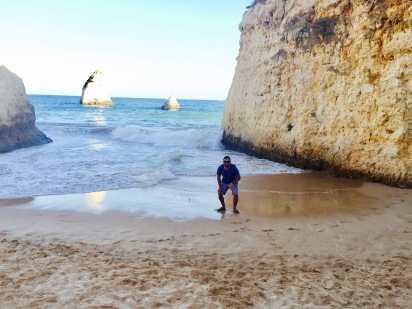 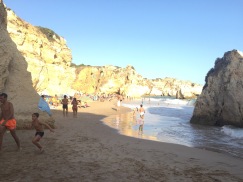 Moving forward, we moved on to Lagos, where we checked Praia Dona Ana, passed by Praia do Camilo and stopped at Ponta da Piedade right on time for the sunset. Absolutely stunning! We enjoyed the view and the moment for a while, until our stomach said it was time to have dinner. 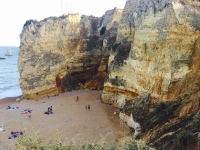 We drove all the way to Sagres, the westernmost point of the Algarve. We had dinner at Babugem, right in the center. We tried their house shrimp followed by a grilled cantarilho over a bottle of red wine. The food was good and we were having a really good time, until we found out all hotels in the area were sold out. Sagres got really popular this summer, and therefore it was a hassle to find accommodation. We started talking to locals to help us out and luckily after an hour we ended up finding an apartment available in Vila do Bispo, right outside of Sagres. 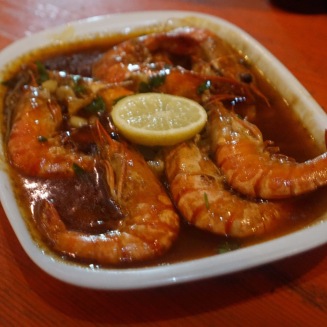 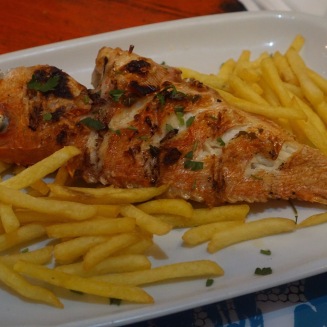 The following morning we checked the town for a little bit after breakfast and headed north through the coast line. Our first stops were Praia do Amado and Praia da Bordeira, in Carrapateira. Both huge and the views are breathtaking. 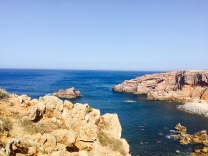 We kept driving north and stopped by Arrifana, in Aljezur. The format and colors of the cliffs differ from beach to beach and it is really cool to see the differences and just appreciate the beauty of nature.

Later, we had a late lunch in the center of Aljezur, one of the last towns before crossing the border to Alentejo region. Unfortunately, we had to head to Lisbon that afternoon so we didn’t get to see the southwestern Alentejo beaches. It will have to stay for another time!

You’ll find a lot of surfers along the beaches of Costa Vicentina. Definitely a cool crowd and if you feel like it, maybe you can go catch some waves. There are numerous surf academies and you can just give it a try. It’s really fun… and HARD! ahahah. It is also worth mentioning that the drive between beaches is very pleasant. Costa Vicentina has the perfect ingredients for the best road trip: stunning landscapes, light breeze, rock formations that seem out of this world, fresh seafood and great waves! All you need to bring with you is a great playlist, camera and good vibes : )