I haven’t been in touch for a while, and I can’t wait to tell you about one of the best trips of my summer. I was in beautiful Santorini, Greece, with two friends for three days. From the moment we landed, we were in awe.

We stayed at Santorini Palace in Thera which I highly recommend. The hotel itself is stunning and the front desk was extremely friendly and helpful. We got there in the morning so we changed in the lobby bathrooms, and lounged by the pool and ate while our room was being prepared. When we headed to the room a few hours later, we got lost a couple of times haha (we actually got lost every single time we would go to the room for the entire time we were there haha). It’s a bit confusing since everything looks very similar but you always had great views. We were pleasantly surprised by the size of the room and how cool the bathroom was. 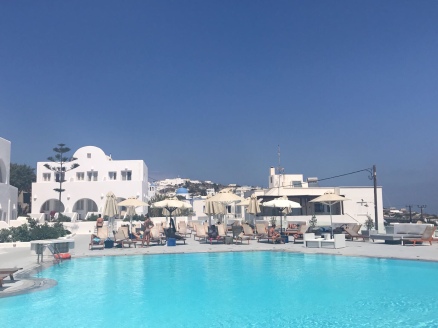 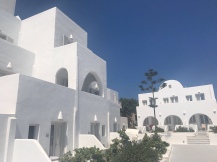 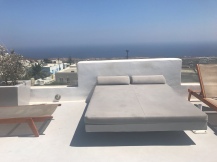 We rented an ATV and a two seater open car from Sunbird rental which cost us $210 (included insurance). It’s definitely the best way to get around the island as there are barely any taxis and they can get pretty pricey. However, be extremely careful and vigilant when using the GPS because we ended up on a few one-way streets lol. There was actually a time that I was driving and ended up on a one-way street and I got so nervous that my friend had to switch seats with me. It literally took her more than 15 minutes to get us out of the situation lol. It was awful! Everyone was honking at us, and there was a rooftop right above so there were drunk people making comments at us and laughing. It was so awkward hahaha. There was a lady who even started screaming at us saying it was a one-way street and we were like yeah we know and she yelled “THEN ******* LEAVE!!” I was shocked and just stared at her lol. 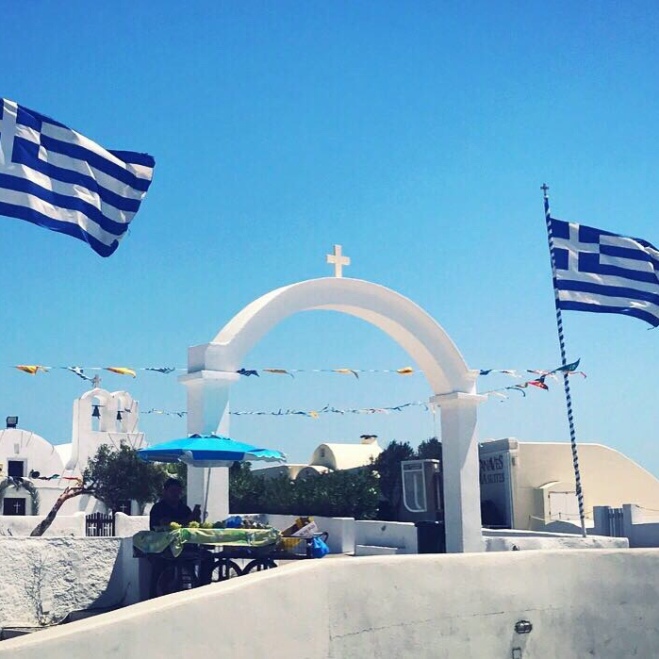 During the day, we would drive around explore what the gorgeous island had to offer. We went to multiple places but for me the highlights were the red beach and black beach. To get to the red beach, you have to park the car and then do a pretty “difficult” hike to actually get to the beach. I say difficult in quotes because I’m completely out of shape hahaha. I saw people doing it with flip flops and were totally fine. I was nervous that I’d trip and fall off the side or something lol. You know how gracious I can be ;). As for the black beach, you have to drive and but there is a suuuuper steep hill and since were in the ATV’s we were driving in slow-motion hahaha. Both of the beaches were amazing and super cool. The only thing I wasn’t a huge fan of were that instead of sand, the beaches had rocks which can get pretty painful to walk on and to enjoy being in the water. 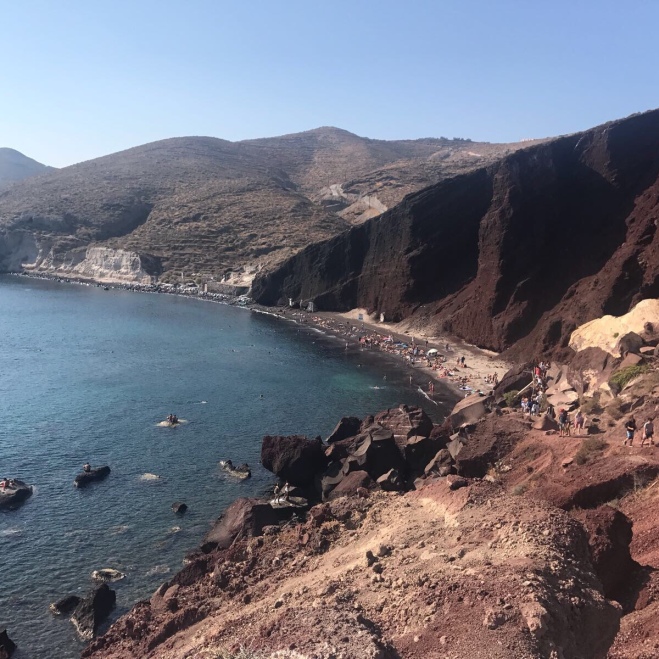 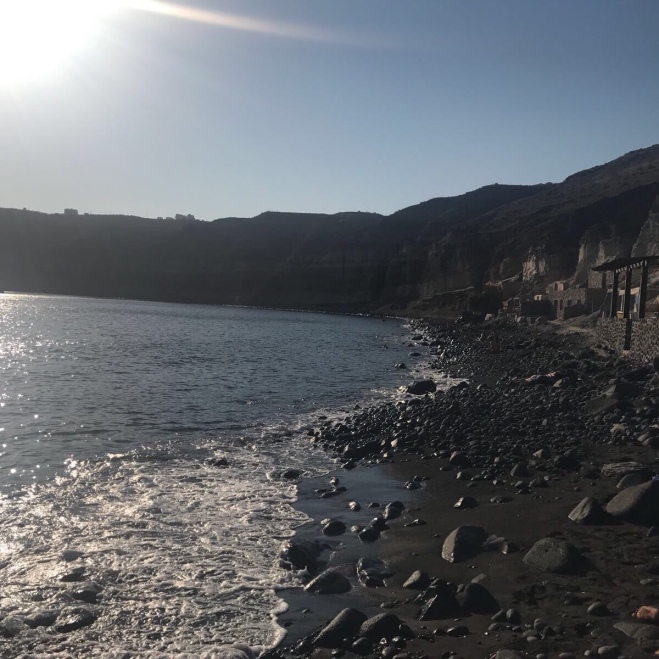 We asked multiple people where we should go out and every single person included the bar Two Brothers on their list. It’s a place where you can dance and can order hookah (my two friends loved hookah). People definitely get rowdy there but it’s a great time. The music was a mixture of current and 90’s hits. I saw this tip jar and thought “awkward.” LOL. 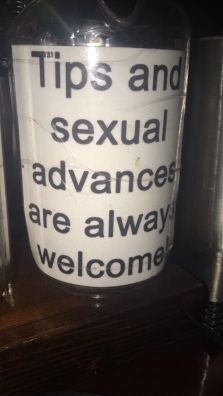 One of the nights after going out, we ended up in a fish spa at 2:30 a.m. hahaha. I had seen it a few times in the Mexico airport but had never done it. You literally put your feet in a cube of water and little fishies nibble the dead skin from your feet. We were laughing the entire time because it was so ticklish!

Great places for sunsets (my obsession duh) are in Oia, one of the most popular places to go on the island, and Pyrgos, which is the highest point of the island. I went a bit camera crazy and took over 100 photos of the same sunset hahaha. Something that I also really appreciated is that there are at least 50 restaurants throughout the island that you can have an amazing view during dinner. 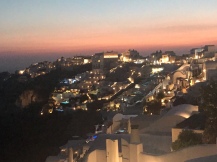 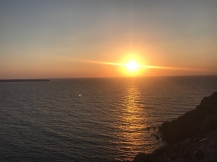 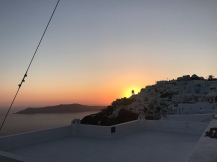 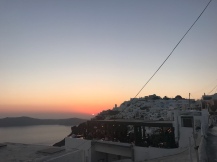 All in all, Santorni was a really magical place which I highly recommend as a trip for friends and would also be great for couples!